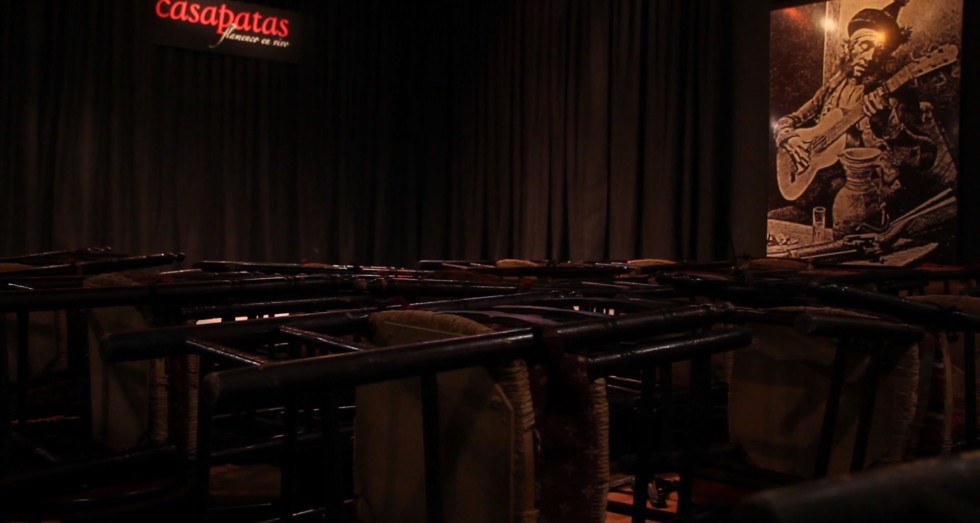 Almost two months ago, I started a project trying to represent what some people understood to be the idea of Duende, a term used in Spanish Flamenco which seems to represent the capacity it has to fascinate and move people all around the world. After spending time in different Flamenco circles, talking and learning about their ideas of Duende, I started to realize that it was teaching me much more. The different representations I was finding out about “Duende” seemed to be talking about human fascination on its own: its causes, its requirements, its target or even its physiology, amongst many other of its aspects.

The Duende seems to always be representing an experience from an abstract point of view. This experience is linked to extreme human ways of feeling or desiring together with a continuous interplay of collective-individual perspectives. Despite the controversy the term itself carries, it seems to be no single person in Spain that has not their own idea of what it is and what it represents. Nevertheless, this Duende is always formulated outside of the experience it conveys, coming out from memories or images of it. Above all, the Duende seems to be an individual sensorial encounter that could never be predicted and neither faked nor forced: it just appears whenever a situation meets the requirements for it, fading again when those conditions have ended.

The different ways in which this Duende is explained, described or imagined are as varied as the people who have felt it someway, but any attempt to explain it comes after the Duende has arrived. Its boundaries are blurred, sometimes referring to Flamenco skills, others referring to the human arts in general or even just alluding to the human capacity of creating and transmitting. For some people, the Duende also expresses a way of understanding and facing life, whereas for others it is a way of taking some money home. There are also those who argue that this Duende can only awake from the deepest anguish, whereas others say it is studious training that makes the Duende appear. Place and territory, history and heritage, ethnicity and instinct, are also part of this discursive Duende.

At the crossroads of all these discourses, there is something that seems to coexist, a kind of necessity that goes further than any label. It appears as almost a physiological and spiritual need: the desire of feeling alive, of being moved and stirred, the imperative of letting our feelings out and losing control. Flamenco, all together with its practitioners and enthusiasts, appears to always be in search of this agitation, and that is the reason why they all serve as an acceptable means to understand and reach it. After all, accepting that the Duende is an individual way of explaining these internal shakes, would mean we would have to accept that there is no possible way to circumscribe it. Therefore, the only hope left seems to find our own way of getting to know the Duende through the individual descriptions that others make of it and, why not, through the experience of Flamenco.