Screening of Tender kisses are hard to find. 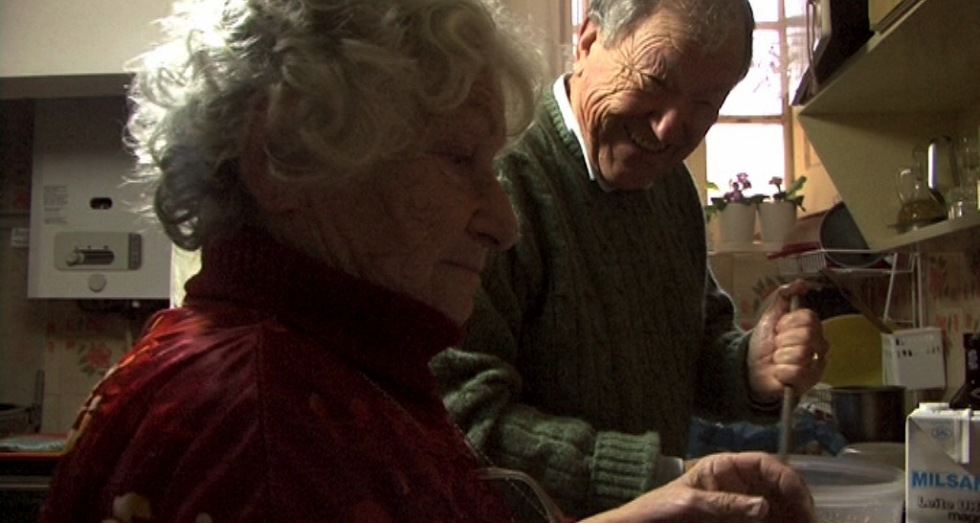 Inês Ponte’s film Tender Kisses are Hard to Find has been selected for the official programme of the Kratovo Ethnographic Film Festival. The festival will take place from 2 to 4 October in Skopje, Macedonia.

Tender kisses are Hard to Find is about my grandparents’ relationship, who have known one another since childhood. Of very different characters, the familiarity underpinning their relationship has been crafted over time: both by the small episodes of everyday life, as well as by the longer duration of their lives.

This short film was realised as part of the Beyond Observational Cinema course 2010/2011 at the University of Manchester, and has been exhibited at EthnoCineca FilmClub (Vienna, Austria, 2013), Days of Ethnographic Film (Lubljana, Slovenia, 2012), International Ethnographic Film Festival of Quebec (Montreal, Canada, 2012), Antropofest (Prague, Czech Republic, 2012), Caminhos do Cinema Português (Coimbra, Portugal, 2011). Inês is currently writing up her PhD in Social Anthropology with Visual Media.