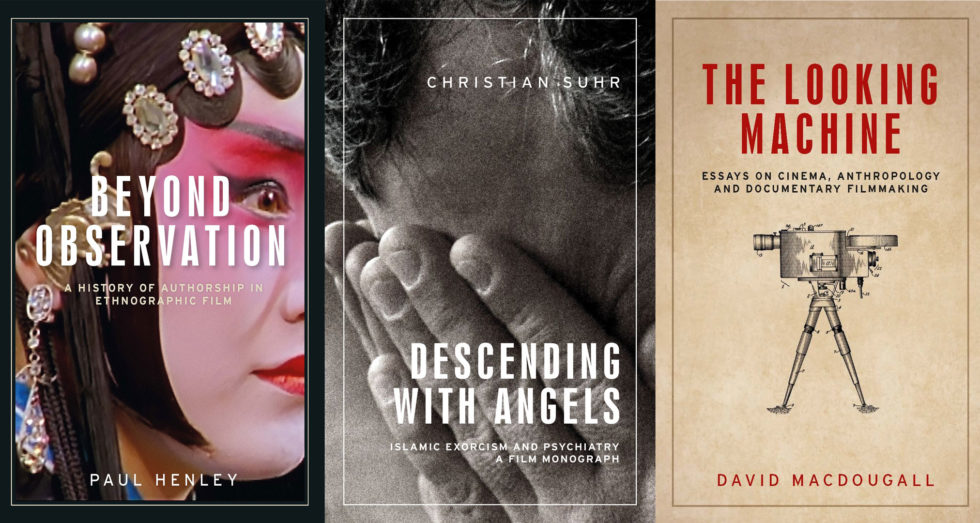 The Granada Centre collaborates with Manchester University Press on a new exciting book series called Anthropology, Creative Practice and Ethnography. The series aims to provide a new forum for authors and practitioners from across the digital humanities and social sciences to explore the rapidly developing opportunities offered by visual, acoustic and textual media for generating ethnographic understandings of social, cultural and political life. Its works will address both established and experimental fields of visual anthropology, including film, photography, sensory and acoustic ethnography, ethnomusicology, graphic anthropology, digital media, and other creative modes of representation. It will be in offered in a range of formats including comparative and general works, monographs, edited collections and audiovisual media.

The series started out with a collection of essays by David McDougall, The Looking Machine, which gives unique insights into the history of documentary, how films evoke space, time and physical sensations, and the intellectual and emotional links between filmmakers and their subjects.

The second volume is a film monograph on Islamic exorcism and psychiatry by Christian Suhr, Descending with Angels. Through rich filmic and textual case studies, Suhr shows how the bodies and souls of Muslim patients become a battlefield between the moral demands of Islam and the psychiatric institutions of European nation-states.

The latest addition to the series is Paul Henley’s Beyond Observation, just off the press. Beyond Observation offers a historical analysis of ethnographic film from the birth of cinema in 1895 until 2015. It covers a large number of films made in a broad range of styles, in many different parts of the world, from the Arctic to Africa, from urban China to rural Vermont. It is the first extensive historical account of its kind and will be accessible to students and lecturers in visual anthropology as well as to those previously unfamiliar with ethnographic film

Among the early genres that Paul Henley discusses are French reportage films, the Soviet kulturfilm, the US travelogue, the classic documentaries of Robert Flaherty and Basil Wright, as well as the more academic films of Margaret Mead and Gregory Bateson. Among the leading film-makers of the post-war period, he discusses Jean Rouch, John Marshall and Robert Gardner, as well as the emergence of Observational Cinema in the 1970s. He also considers ‘indigenous media’ projects of the 1980s, and the ethnographic films that flourished on British television until the 1990s.

In the final part, he examines the recent films of David and Judith MacDougall, the Harvard Sensory Media Lab, and a range of films authored in a participatory manner, as possible models for the future.

A number of exciting new titles are already in the works, including books on sound, photography, collaborative filmmaking and animation. Please check MUP’s website for upcoming titles in the Anthropology, Creative Practice and Ethnography series.