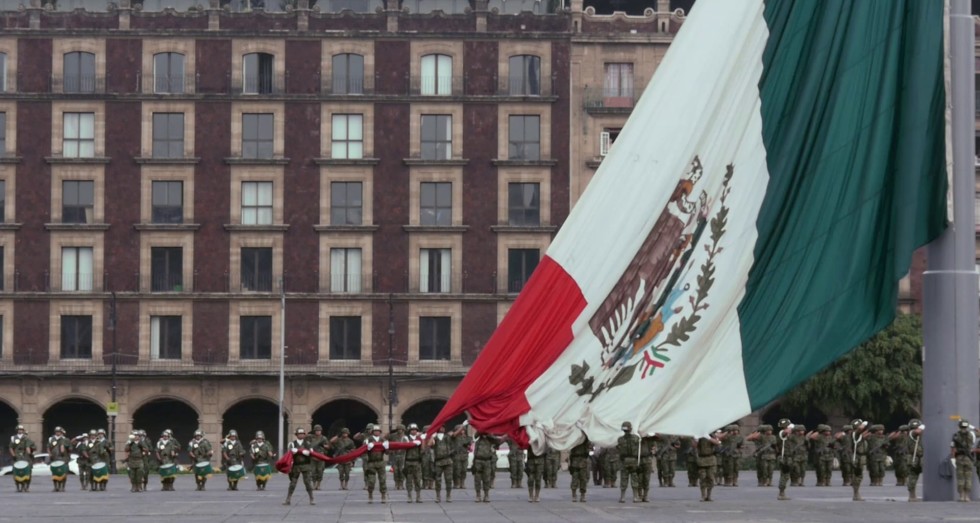 For two months this summer, I went back to Mexico City for my fieldwork. Back to the place which already fascinated me three years ago. Now, when writing this, I am back again in Manchester and will put together some of my notes to reflect on my lived experiences.

The place I went to is called la Merced. It is not an official district in the historic city centre but a more fluid area which is generally known for its commercial importance for the entire country. Around 6,000 people visit the area daily while an uncountable number of informal vendors fill the streets transforming the public space into an organism which seem to be ruled by chaos. The reputation of the area is marked by prostitution and la Merced is also known as a “barrio bravo”, a rough neighbourhood. Urban legends tell that, if there is something you cannot buy in la Merced, it does not exist. And people told me that you can buy every kind of weapon or even a tiger at one of the markets. Many urban myths are located in la Merced and generate an impressive narrative. The name of my project “El centro del centro” (Centre of the Centre) refers to the legend that it was in the heart of la Merced where the Atzec ancestors founded the city Tenochtitlan, one of the biggest cities, if not the biggest city in the world at the time, and till now. Here, the Mexican national symbol found its origin. The eagle killed the snake on the cactus. La Merced’s nickname “Ombligo de la Luna” refers to this profound event for the Mexican ideology. “Ombligo de la luna” means “centre of the moon” and is the origin of the word Mexico, based on the Náhuatl language.

Right in the beginning of my time in Mexico, I started reading the text of Chris Marker’s imaginary film “Soy Mexico” (I am Mexico), his personal reflection on Mexican identity describing the influence of many other nations on the country, like Spain, France, or the United States, as well as mentioning Sergei Eisenstein’s unfinished film “Que viva Mexico”. The conflict of history embedded in the identity of Mexico led Marker come to the conclusion that Mexico is a society of masks. Today, an urban master plan aims to put on another mask and transform la Merced. The global importance of Urban Heritage, the preserving of a history, plays a key role in the urban regeneration processes and once again identity has to be renewed. This affective process was the reason for my going back. I wanted to know how it affects the perception of locals to be part of a rhetoric of heritage and a collective past. What does it mean to live in such an important area for the city of Mexico? And what does it mean when another history is more important than your history of the neighbourhood which is the place you belong to?

The strong collaboration with my friend Erik, who lived in the same house in la Merced till he was 30 years old, helped me to form an understanding of the complex system of the area. He showed me the streets of his neighbourhood and shared with me his highly sensitive observations. His personal suffering as well as the perceived transformation of the historical architectural substance and social constellation around him brought up a discussion between us reflecting on the broader meaning and implications of this urban transformation. During my ten weeks stay in Mexico City he was a constant companion, introduced me to many other persons and participated in a sound walk experiment. His experiences when revisiting various places in the neighbourhood and talking about them raised both our awareness for issues like the role of cultural heritage in gentrification processes, as well as memories about his former house in la Merced, once filled with life and now abandoned waiting for a “renovation”.