A Goddess in Motion Screening. 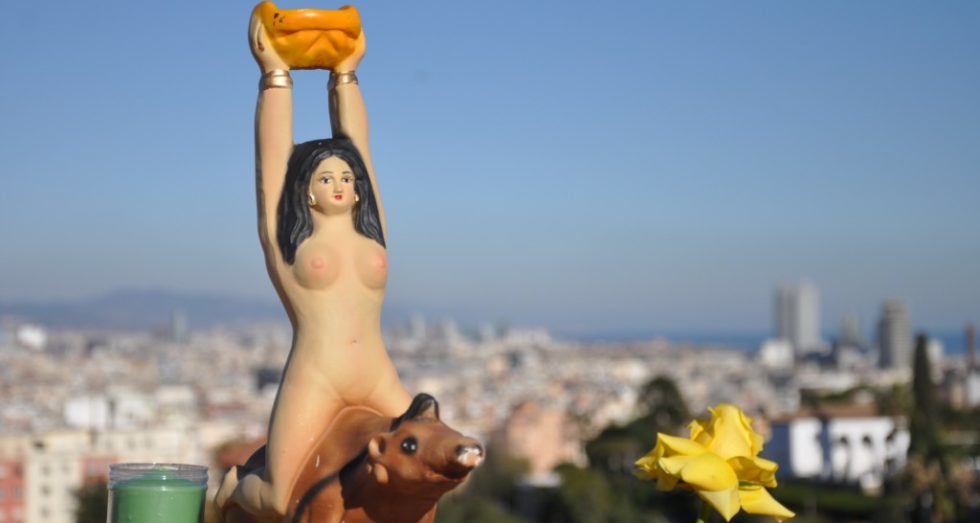 On Wednesday 8 March 2017 Roger Canals, visual anthropologist at the University of Barcelona, will present his latest documentary on the transnational cult of María Lionza in Barcelona. The screening will start at 5pm in room G7, Humanities Bridgeford Building, Oxford Road M13 9PL, and will be followed by Q&A with the director. The project is funded by the Wenner-Gren Foundation Fejos Fellowship.

Title: A Goddess in Motion (María Lionza in Barcelona) by Roger Canals

Production: Wenner-Gren Foundation & Jordi orobitg Produccions
Year: 2016
Running time: 64 minutes
Languages: Spanish & Catalan with English subtitles
Abstract: The cult of María Lionza, one of the most important religious practices in Venezuela, is beginning to manifest itself in Barcelona. Through the testimonies of believers, artists and esoteric art sellers, this documentary depicts, for the first time, the appearance of this religion in the Catalan capital.